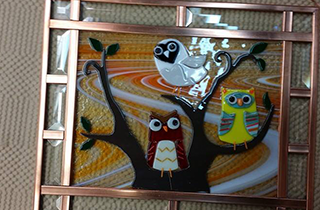 Beginners Class! The art of stained glass has been around since the Egyptians ruled all of the known world. Early examples of stained glass in windows and amulets, dating back to the seventh century and beyond, have been found in churches and monasteries all over Europe, Where they were used to teach the predominately illiterate […]